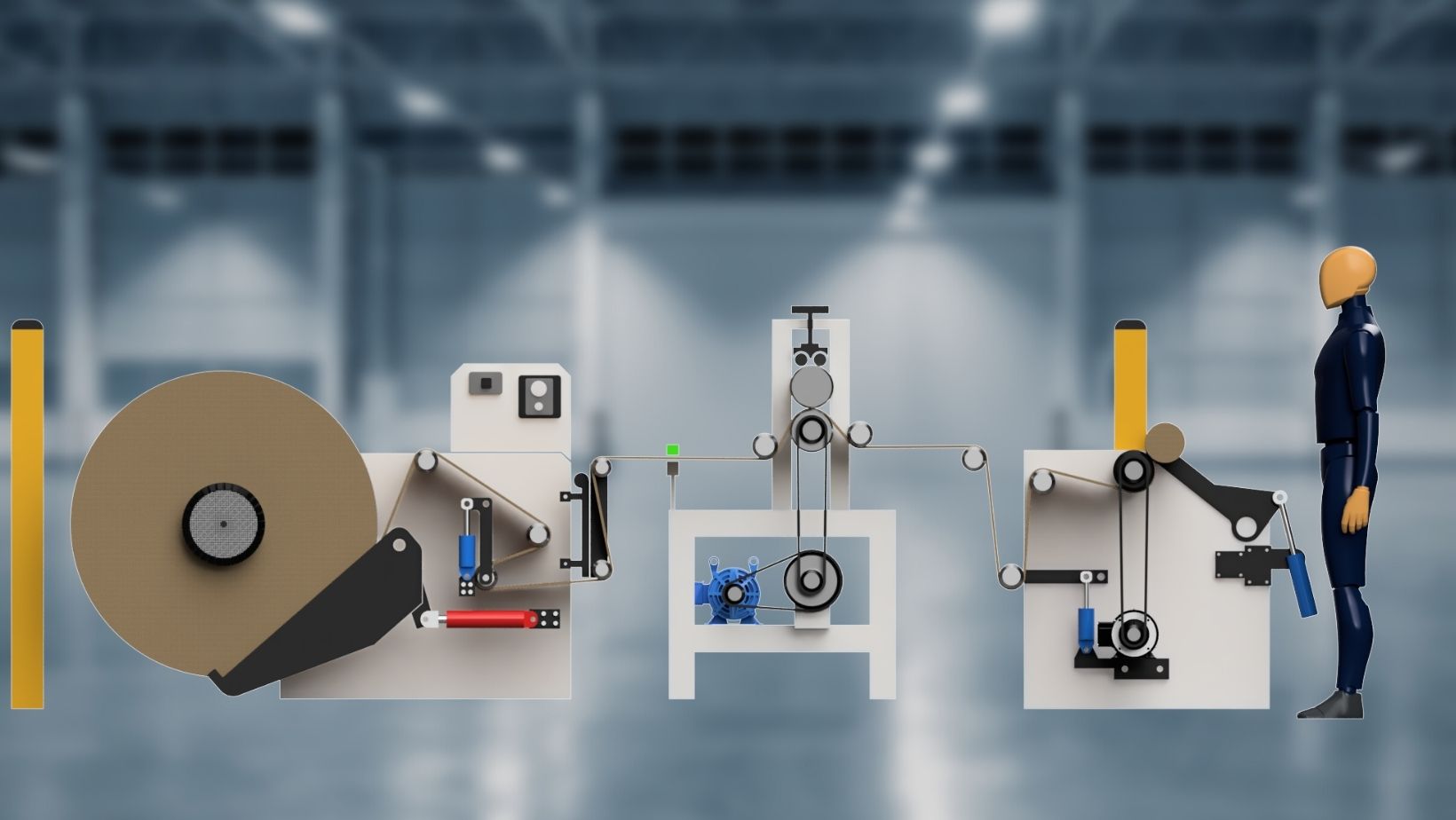 Once of the major products produced by Ranpak is Geami paper. This is a perforated paper which can stretch like a mesh and is primarily used as packaging filler.

The machine used to manufacture the Geami paper had been a custom piece of equipment designed and built in the late 1970s or early 1980s and had not been upgraded since.

The plant manager for the Reno, NV facility had approached Nevatio about increasing the production output of the machine as well as upgrading major components with modern off-the-shelf parts. It had been increasingly difficult over the years for Ranpak maintenance to repair the Geami machine simply due to the lack of compatible parts or having to source secondhand parts online which were no longer in production.

Moreover, the machine lacked any modern safety systems. Emergency stop buttons were placed in key areas around the machine, however any form of physical guards or protection from rollers were missing.

The first stage of addressing this project was to evaluate the machine operations and learn the dynamic characteristics in how the Geami paper is manufactured. The current machine drive motors were not capable of reaching the speeds necessary to increase the product output, therefore new drive motors were specified.

The machine required an entire system overhaul. Drive motors were changed from DC to AC motors with double the RPM speed output. A new modern system controls panel was built and installed, complete with multiple surge protection systems. A Human Machine Interface (HMI) was designed and installed to replace the old knobs and buttons operators were using.

New sensors and other system monitoring equipment was installed to give the operator and maintenance personnel more information about the status of the machine systems.

Modern safety measures were installed as well. A Light Curtain array was used to protect operators from the high-speed rollers and die cutters, especially with the machine increasing in speed.

Advanced control programs were introduced to enable operators to load and unload the machine with paper material in a more efficient and safe way.

Finally, the machine was tuned to increase the line speed of the paper material, leading to a higher output of product without the loss of quality.

This can lead to an increase in product shipments and sales. Even expansion to serve other markets and customers. In addition, on operator can do in one shift what it took two operators to do in two or even three shifts, leading to lower production and overhead costs per product sold.

Ranpak Corp is a publicly traded paper products manufacturing company based in the U.S.

Our team developed a Vinyl Roll Lift Assist for FDC Graphic Films - a tool that operatos can use to handle and maneuver...